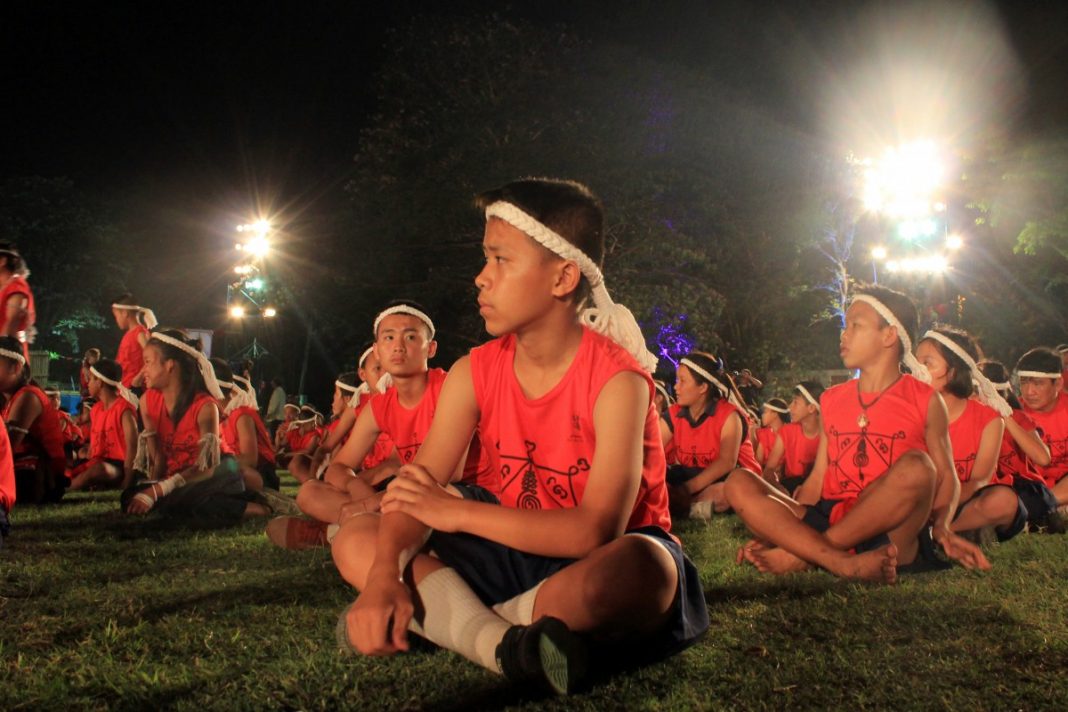 Whoever thought Muay Thai is a mindless, aggressive and blood hungry sport: think again. During my recent trip to Thailand I discovered that Muay Thai is a sport of perfection, calmness and respected traditions. During the trip I had the honor to attend the 10th World Wai Kru Ceremony: an ancient ritual in which Thai boxers from all over the world pay respect to their teachers and the legendary Muay Thai folk hero Nai Khanon Thom. This is my report of this extraordinary event.

In the afternoon we arrived at the Ayutthaya Historical Park, the location of the festivities. It was an impressive sight: hundreds of Muay Thai boxers, a boxing ring and market stands scattered over the ruins of the ancient city of Ayutthaya.

We started off at the Wat Langkha Khao. Around this Wat (‘Wat’ is the Thai word for temple) the ‘Miracle Thai Boxing Tournament’ was kept. Some of the best Muay Thai fighters in the world participated in this exciting tournament. Hundreds of visitors sat around the boxing ring on small colorful plastic chairs in the unpleasant heat watching the intense fights. In the fights the strength, speed and precision of Muay Thai really came forward, as well as the mutual respect between competitors.

I had a good spot: right at the corner of the boxing ring. After every single round the boxer came back to his corner to attend and prep for the next round. Next to me his coaches were loudly yelling instructions in Thai. I didn’t understand what they were saying, but I’m sure it was something like: ‘think about your left side defense, attack his right side, use your knees‘.

Learning about the Traditional Thai Arts at the market.

We continued to the market where we were able to learn about other traditional Thai arts. We witnessed the making of Aranyik swords, saw foreigners (and people from our group) getting a traditional Thai tattoo and tasted delicious Thai food and drinks. There were also practice area’s were the Muay Thai fighters could test their skills on bamboo sticks.

And then the big moment finally arrived: the 10th World Wai Kru Ceremony. Together with hundreds of fighters (both Thai and foreigners) dressed in black and red costumes we walked through the official passage. The old and honored Muay Thai masters walked in front and took a seat at the high stage at the far end of the field.

During the ceremony we saw a procession with white elephants, enjoyed beautiful music with traditional Thai instruments and saw gracious female Thai dancers. Offerings were given to the old Muay Thai legends who had their own altar on a white offer table. 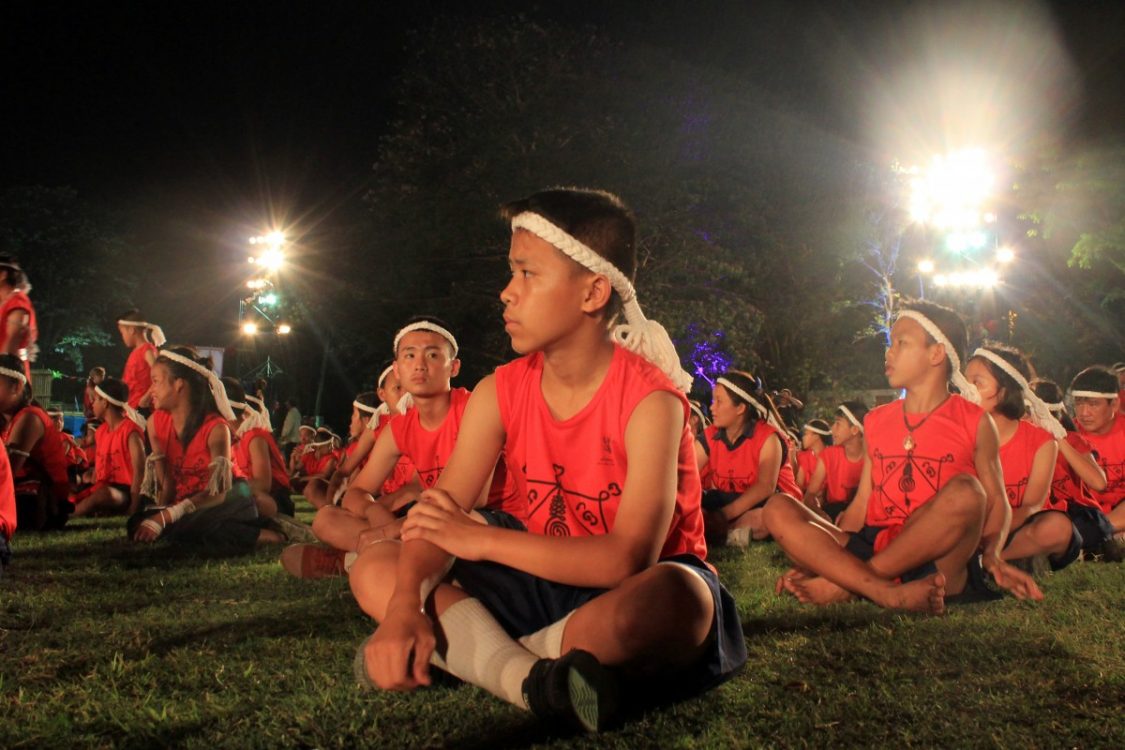 After that a few (inter)national fighters were awarded with a new Mong Kol (sacred headband with protective powers) such as an honorary Mong Kol, silver Mong Kol and a golden Mong Kol. The color of the Mong Kol says something about your achievements in the Muay Thai sport.

After that it was our turn. One by one we approached the altar, did three wai’s (bendings) and received a white Mong Kol. One of the ceremony masters put the Mong Kol on our head and we received personal blessings from each of the Muay Thai masters.

At the final part of the ceremony, it was time for the communal ‘Wai Kru‘. During this Wai Kru hundreds fighters on the field slowly executed the rhythmic, powerful movements of this sacred ritual showing respect to their teachers and the Muay Thai legends.

Fire dancers and white elephants at the Amazing Thailand Show

The day was concluded with a dinner in the ruins of Ayutthaya and the ‘Amazing Thailand show’ with fire dancers, traditional Thai dance, more Muay Thai demonstrations, drums and a battle with elephants. A highly spectacular end of the day!

Book your Ayutthaya hotel through Hostelworld.com or Booking.com

From complete Muay Thai outsider to a bit more insider

I came to Ayutthaya as a ‘Muay Thai outsider’ and therefore felt privileged to take part in this sacred event. Because of this day I understand the deep-rooted traditions of Muay Thai better and more specifically the meaning of the Wai Kru ceremony. I think the event is a great way to promote the Muay Thai sport and to protect its traditions.

The World Wai Kru Ceremony always takes place at March 17th. Keep an eye on the TAT website for updates.

Bunch of Backpackers’ participation was part of a Tourism Authority Thailand (TAT) sponsored trip: The Thailand ‘Muay Thai’ Academy trip. Even though I was asked to write articles about this trip, all opinions and views expressed in this article are my own.