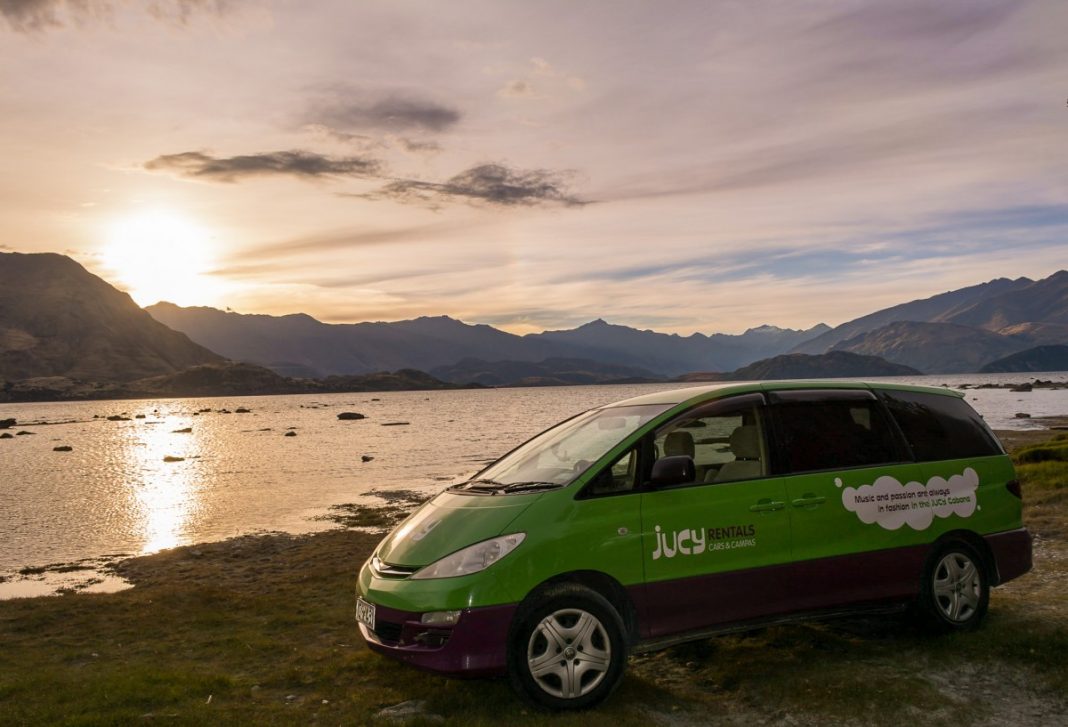 Sleeping in your car. It doesn’t sound glamorous, does it? Now, to that same car, add a perfectly made-bed, the cutest little kitchen, breathtaking sunsets, star-filled skies, one of the most beautiful countries in the world, and the freedom to explore it all. Oh, you’re with me now, aren’t you?

Written by Daniela & Isaac of MapNomads.

When planning our New Zealand road trip, hiring a campervan intrigued us. There’s something magical about the idea of traveling the country in the comfort of your own “home”. Still, when we decided this was the best way to go, I was a bit nervous. What if it was too uncomfortable? What if the noises outside kept us awake? What if the toilets were hidden in the bushes and I got eaten by a wild animal? (Hey, you gotta think about that.)

Deep down, there was a question that silenced them all, though: what if we had the time of our lives?
We got to Queenstown the first day, and went to pick up or Jucy Cabana. We named her “La Chata”. She was perfect. Green and purple, ready to make a statement. Bold, just like our trip. Eager, just as we were.

The days were unforgettable. We explored ice caves in Franz Josef Glacier, jumped off cliffs in the granite-filled canyon in Abel Tasman, tubed down in Waitomo Glowworm Caves (in freakishly cold water), and went paragliding in Queenstown. But the nights? Man, the nights. We had nowhere to be. The night was ours to do as we pleased, all because our flashy 4 wheels were our bed, our dining room, our kitchen, and our car.

One day, we were lost in the West Coast Drive. We were getting anxious, and tempers were rising because we couldn’t seem to find the right turn. It was getting dark and it’s a known fact that you should stay far away from New Zealand’s winding roads at night. We stopped in Greymouth, right by the beach, to ask for directions, just when the sun began to hide behind the horizon. Colors burst from the sky, the brightest yellow with splashes of purple and pink.

This is when we realized that our home was with us. We weren’t lost. It was exactly where we were supposed to be. We climbed to the hood of our mobile home and watched the sunset while having dinner.

Ok, ok. I’ll be honest. It wasn’t all perfect. In fact, the first couple of days were hell. The mattress was a bit….lacking. It took time for our bodies to get used to the new sleeping arrangements. But once they did, there was no denying the perks.

Imagine the darkest of nights, suddenly illuminated by a million stars, and the milky way, shining dimly right above you. Who cares if the bed’s a wee bit hard, when your ceiling looks like that.This was New Zealand in its dark glory. Raw, powerful, pure. And we would’ve never experienced it so deeply it if it hadn’t been for “La Chata”. (And you’ll be glad to know that I wasn’t eaten by a bear on my way to the loo.)

We roamed wherever we pleased, wherever we felt the pull. We even explored Punakaiki’s Pancake Rocks when it was still completely dark out. And let me tell you, there’s something really powerful about listening to the ocean crash against the rocks without being able to see it.

The freedom that sleeping in a campervan gave us was exactly what made the trip so epic. And by epic I mean sleeping in your own bed while your husband drives 5 hours straight. (Too mean?)
So, I’ll say it again: sleeping in your car. It doesn’t sound glamorous, does it?
It isn’t. It’s adventurous, insanely fun, and liberating.

If anyone asks us we’ll never hesitate. Sleeping on four wheels is exactly what you need to dream more and sleep less. 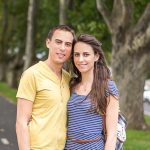 Daniela and Isaac from MapNomads are self-proclaimed travel junkies and adventure seekers. They’re also incapable of staying still. They’ve been traveling together for nine years, lived in Mexico, Spain, the US, and are currently planning a move to Australia. Their site was born out of their passion for writing, photography, and exploring the world. Plus, they absolutely love to share it all. You can also connect with them on Facebook! 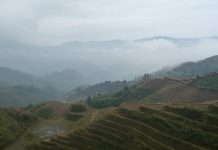