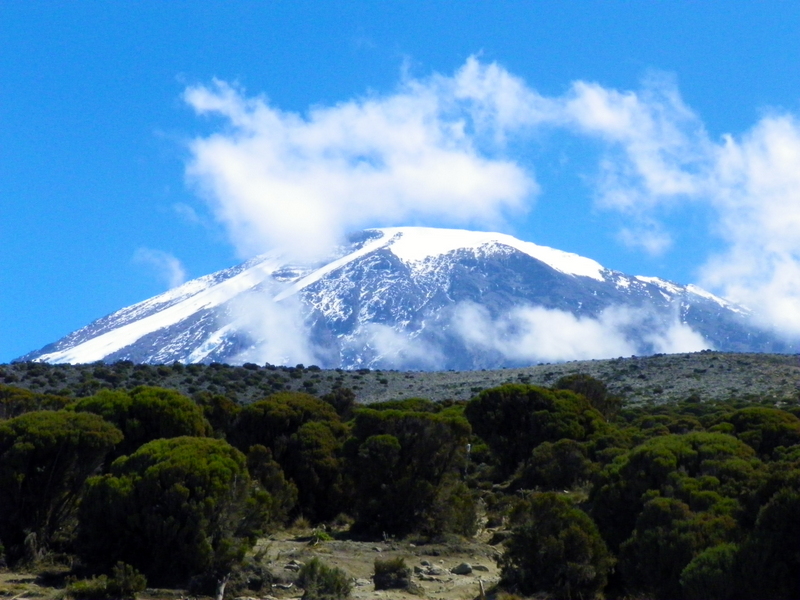 Climbing to the summit of Mt Kilimanjaro was by far one of the most challenging adventures I have ever undertaken, and one which pushed me beyond both my physical and emotional limits. And while I felt like jumping off the mountain to die during the more difficult parts of the climb, the experience was easily the most worthwhile challenge I have ever undertaken, and by far my greatest travel accomplishment.

Next to standing at the top of that god forsaken mountain, broken and beaten from the difficult trek, one of the most exhilarating experiences was waking up each morning, and opening our tent to a view of the clouds. And we weren’t looking up at them; we had climbed so high we were looking down!

It’s a strange sight to behold, staring out at a sea of pure white clouds blocking your view of the world below; a view so mesmerizing you want to run and jump almost believing they would catch you as they do in the cartoons.

The rugged snow capped mountain may be extremely impressive and beautiful from afar, however the far more spectacular sights were offered from the mountain itself.

With no infrastructure on the mountain, your accommodation choices are between a hut or a tent; though either way, after a grueling day climbing, you accommodation is already set up and waiting for you upon your arrival at each camp.

Porters race ahead on Kilimanjaro carrying your equipment between camps. Regardless of the fact that they were burdened with all of our gear, they still managed to climb at a much faster pace beating us to our final destination with time to set up camp before we got there. It was fairly soul destroying to see a man run past you carrying a table on his head while you were struggling to climb with a simple daypack!

I was so incredibly thankful for the plastic skylight on the roof of my tent, offering views of the night sky. Because we had no cloud cover, I went to sleep each evening with a spectacular view of the stars. And while there was a thin piece of material separating me from that beautiful night sky, it was as if we were sleeping under the stars.

While I was the only solo traveler within my climbing group, this was fine, as it meant I enjoyed a comfortable two man tent to myself. While trying to get comfortable in my sleeping bag at 19,000 feet high, I was thanking god I’ve never been prone to sleepwalking!

That would have been quite a fall!

Megan is an Australian Journalist who has been travelling and blogging around the world for the last 7 years to inspire others to embark on their own worldwide adventure. Her husband Mike is an American travel photographer, and together they have made the world their home. Meg authors “Mapping Megan”, an adventure travel blog which aims to give you the best tips and advice on travelling, volunteering, living, working and holidaying abroad. You can also follow her journey on Facebook. 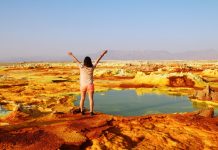 How to prepare for your Danakil Depression tour in Ethiopia?