Home Travel the world Europe Review of the Hans Brinker Budget Hotel, the worst hotel in the... 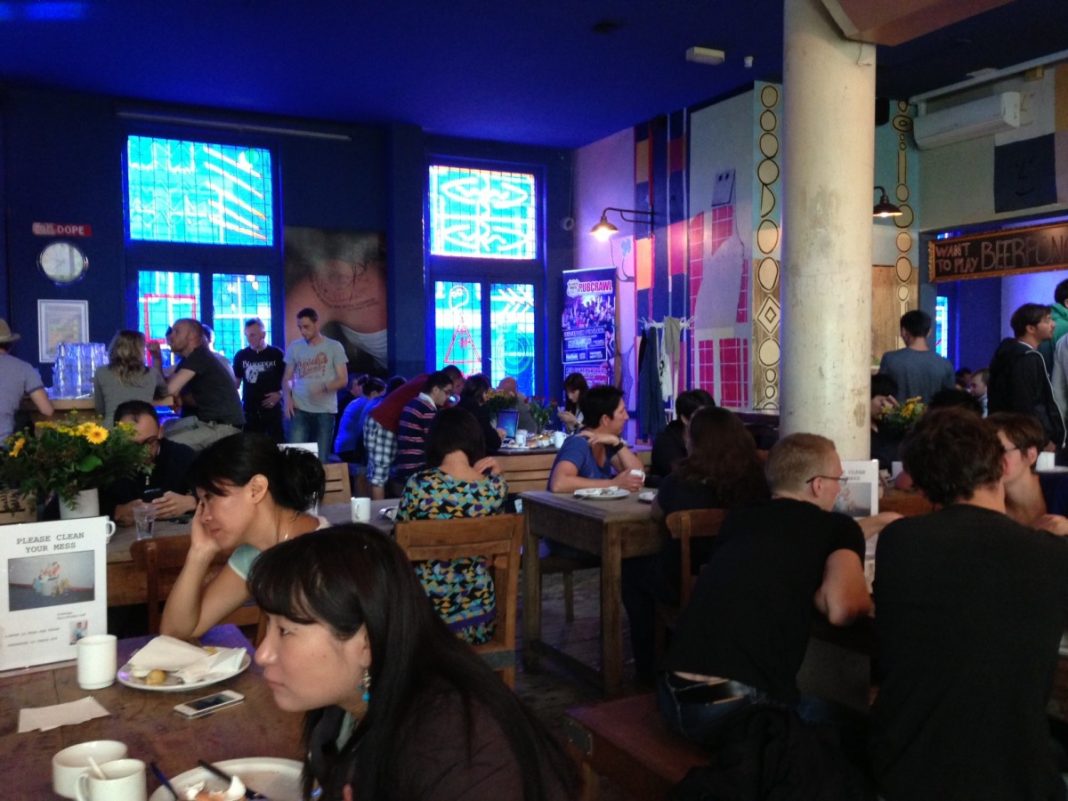 “It can’t get any worse, but we’ll do our best”. This is one of the famous slogans of the Hans Brinker Budget Hotel: a large budget hostel in the city center of Amsterdam. It was such an inviting slogan that we decided to check it out.

And in the end I must say, it was ‘the cheapest, the worst and the best’.

Review of the Hans Brinker Hotel

The Hans Brinker is one of the cheapest places to stay in Amsterdam. You pay 25 euro for a bed in a large dormitory. For this 25 euro you get a simple bed with linen, a towel, a locker and a shared shower. You also get free wifi, entrance to the Hans Brinker club, breakfast in the morning, luggage storage and a 24-hour reception.

So, why the worst? Well, the rooms were extremely basic with military bunk beds and metal lockers. They were stuffy and smelly, and there were stains on some of our sheets and towels. It was quite hot at night without a possibility to open the windows. There were many mosquitos flying around and also remains of dead mosquitos on the walls. The beds were creaking and squeaking and the water pressure of the shower could have been better.

But then, why is it also the best? Well, the rooms were big and the mattresses comfortable. It was stuffy, but you don’t spend much time in the room anyway. Mosquito bites could simply be avoided with anti-mosquito spray and earplugs solved the creaking-bed issue. The shower pressure was acceptable and the water was hot. A big unexpected plus was the extensive breakfast buffet that included bread, eggs, cheese, ham, pancakes, grilled tomato, tea, (bad) coffee, fruit, yoghurt, crackers etc.  Tea and coffee were fittingly served in ‘Hans Brinker, the worst hotel in the world’ mugs.

Unfortunately, the club was empty during the 2 nights we stayed there, but the happy hour at 5 p.m. (2 for 1) was pretty busy and even involved some rounds of beerpong. Also, the location of the hostel is excellent near public transportation, the Leidseplein and the Museumplein. In the street of the hostel there is a typical Amsterdam coffeeshop, a gaybar called ‘Church’ and a bicycle rental place ‘Mike’s bike’.

So, in conclusion the overall experience in the Hans Brinker hotel was good. It is a fun place that attracts a mixed crowd. However, because of its size it is a bit impersonal and I would not recommend the hostel for solo travellers. For groups it is a good place though. Keep your expectations low, and you will be positively surprised. And despite the mixed reviews of the Hans Brinker hotel on the internet, I reckon most people will appreciate the humor, sarcasm and ruthless honesty that is visible throughout the entire hostel. Another final positive remark is that Hans Brinker is super eco-friendly (please see the highly recommended video below)!

Video about the eco-friendliness of the Hans Brinker Budget Hotel

Information about BoB’s stay in the Hans Brinker Budget hotel

Did you enjoy this review of the Hans Brinker Budget Hotel? Let us know!