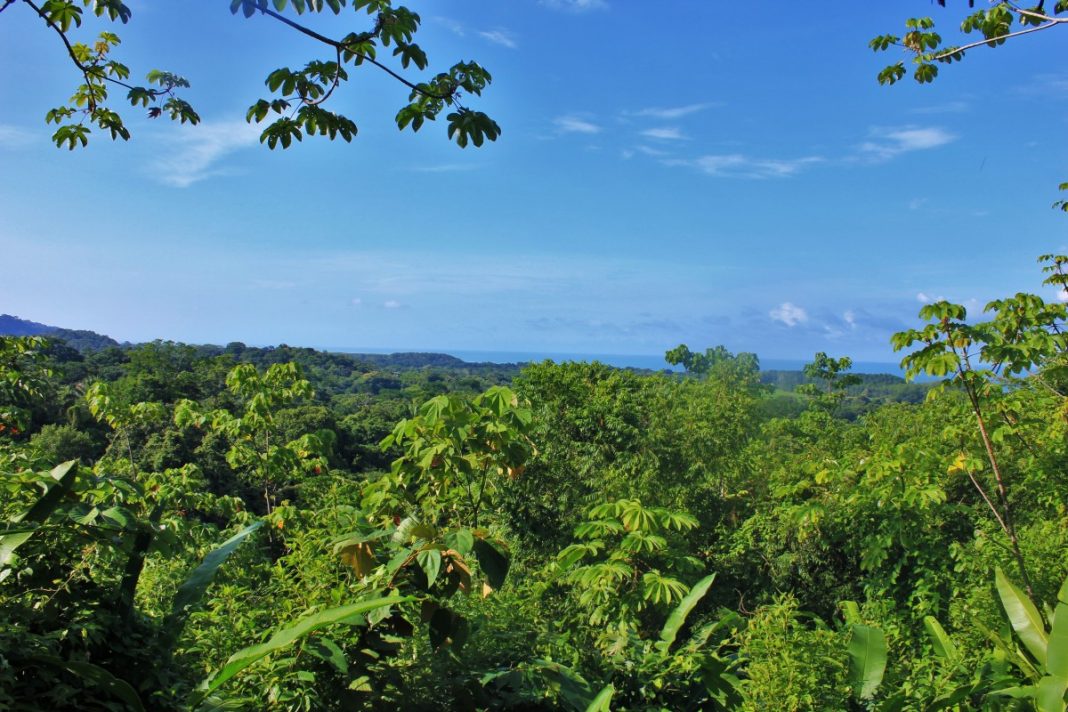 Costa Rica is well known for its incredible nature and vast rain forests, but its not very often that you get to sleep right in the jungle. Charlie slept a night in a tipi and reports about her experiences.

We’d been in Manuel Antonio for three nights – stayed in the backpackers hostel, tried to avoid all the beach-front bars, and been one of thousands of tourists flooding into the National Park – and now we had itchy feet. It was time to get off the tourist track.

Heading down south on a local bus, we were scanning the trees on each side for a wooden sign that would say ‘Tipi Jungla‘. We could only vaguely remember the sign we’d seen online and the bus was flying along the road between Quepos and Dominical.

“We must’ve gone too far,” sighed my boyfriend, Luke. I pouted and continued looking out the window, not wanting to have to wait around to take a bus back north and miss the sign all over again.

“Here! I see it, I see the sign!” We yanked down hard on the bus’ stop cord and alighted in what seemed to be the middle of nowhere. “Are you sure?” asked the bus driver in Spanish, we nodded yes and watched as the bus drove off down the endless road. We were surrounded by green fields and jungle.

Across the road, an arrow chiselled into the wood pointed up a rubble track into the jungle. We followed it with a new found certainty. We were leaving the world behind, we were escaping into nature.

We wandered through a tunnel of trees, and at the end of the trail stood three glorious tipis. Their conical shape stretching into the sky like mountains, we felt as though we were about to enter into a secret passage through the door in the side. Inspired by the native tribes of Central America, each tipi was not only authentic, but also unique. The walls had been painted with a delicate leaf pattern, painted ants walked along the beams, and the sunlight gave the jungle tipi a warm glow.

Our tipi was in its own secluded area of jungle. There was nothing to be heard except for the breeze rustling the trees, the buzz of insects and the wildlife all around you. We spread out on our eco mattress, pulled over the mosquito net and breathed a sigh of fresh relief as night fell.

Oooooh, oooh, ooooh. A howl came from outside, from above the tipi. I rubbed my sleepy eyes, but Luke was on his feet. “Come,” he called in a low, harsh tone. I rolled out of bed, untangled myself from the mosquito net. I could feel my head lolling as I traipsed toward the triangular entrance of the tipi. Luke took my hand and pulled me through into the early morning light.

Above us, a Capuchin monkey was hanging from the tree, rustling the leaves, and oooohing. He was so close. He seemed unphased by us, and swung off into the jungle at his own pace. Our eyes followed him, but we lost him to the trees. The morning sunlight, obscured by the leaves, leaked through as we sat outside on the wooden decking of the tipi, listening the sounds of nature.

Charlie is a long-term traveller, freelance writer and house sitter taking an alternative path across the world. Her travel blog, Charlie on Travel, is about simple, sustainable and socially-responsible travel. Follow her adventures on Facebook.