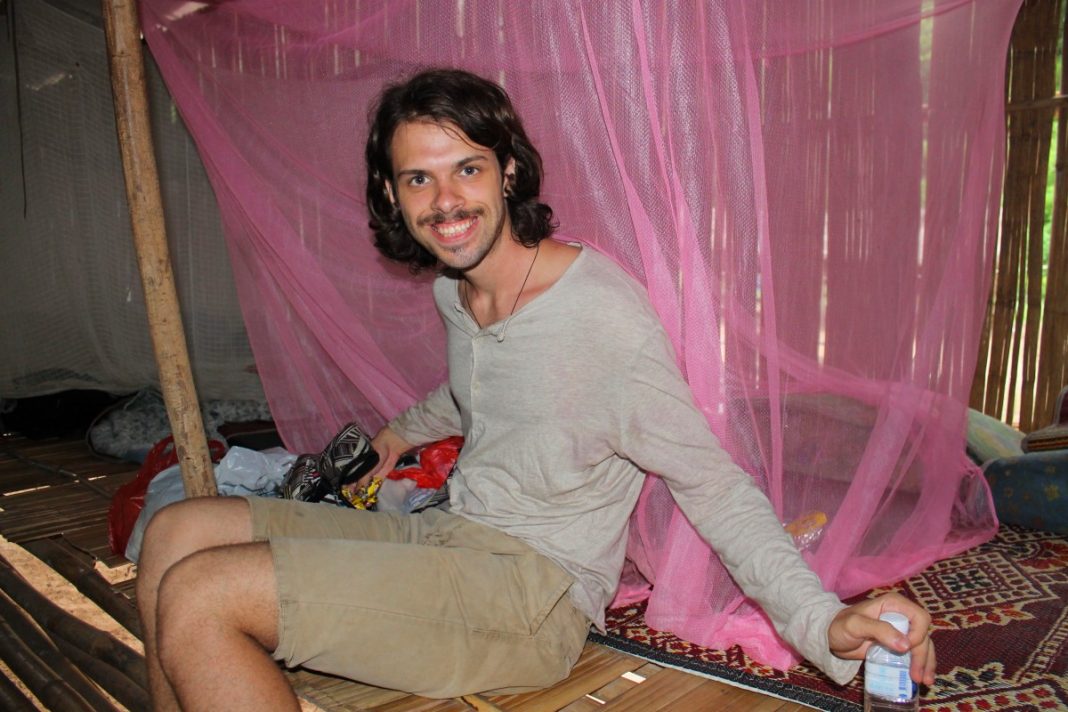 After 3 days of intense trekking in the Thai jungle, Illia and Nastia arrived at one of the long neck tribe villages. Here they experienced village life, learned more about the Karen people and played guitar with local families.

Written by Nastia and Illia

During our last visit to Thailand we went on a three day trekking tour, aiming to visit the tribes of the Thai Highlands. The tourist agency warned us that our accommodation was going to be “really basic”, but we had no idea what it was supposed to look like. After an exhausting day of trekking in the rainforest, we arrived to a tiny village, somewhere high in the mountains. In comparison to the neighboring settlements, this one was pretty developed: even though there was no electricity, we managed to find an outdoor shower cabin, tables to eat in the yard and some clean water to drink. The locals brought a couple of bottles of cola and beer, which we drank while looking at the cheerful piglets running across the village.

This lovely tribe, the total population of which reaches 1 million people, migrated to Thailand approximately 50 years ago from Burma, escaping from political and religious persecutions. Now they live in small villages, making money by selling jewellery and hand-made scarfs to tourists and growing crops. The Karen people are mostly famous for the long necks of the tribe’s women. The necks are made longer by putting on metal rings which push the shoulders down under their weight. Thus, in fact the size of a neck remains the same, just the shoulders become lower. There is a myth that if someone removes the rings from the woman’s neck, she would die. It’s not true. In the majority of cases the Karen put off rings every evening to sleep comfortably, they can even borrow them for you to try on ☺

There is a myth that if someone removes the rings from the woman’s neck, she would die. It’s not true.

The long neck tribe hut was truly basic. It was made of bamboo and had nothing inside except of mats and mosquito nets. We really enjoyed the night inside! Just under the hut was the sleeping spot for pigs, so we were able to literally smell them while sleeping. We’ve never slept so close to these animals, so it was quite an experience. In addition we were surrounded by wandering lights, the small insects which emit light while flying around you. We felt like in the fairy tale! Not far from our place there was a swamp with “singing” frogs. Well, they were not singing, they were screaming! At first those sounds were really scary, but finally we liked them.

Our close friendship with one Karen family started at a rainy night when we heard the sounds of a guitar from one of their bamboo huts. The hosts invited us to come and we saw a small living room with an open fireplace in the corner. The mother was cooking dinner, the father was playing music, the 5-year old son was “training” his pet grasshopper attached to a red thread and the teenage daughter was taking off her neck rings (no, their necks do no break without rings, it’s a myth!). We drank tea together, played a hand-made guitar and chatted in the friendliest manner possible. I really enjoyed a grasshopper which repeatedly tried to commit suicide in the candle’s flame and was repeatedly rescued by his young owner.

We will remember this awesome night till the end of our lives. And we highly recommend everyone to go hiking in Thai Highlands to meet these awesome people. 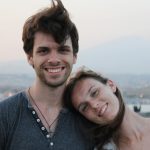 Illia and Nastia are passionate about each other, traveling around the world and sharing their experiences at crazzzytravel.com, a blog where you can find plenty of budget travel tips as well as practical information about numerous destinations. They have already been to 37 countries on 4 continents and ain’t no stopping. Visit their website to learn more about traveling around the world or check their latest story about how to travel around Asia for just 2 Euro a day.

Recommend further Thailand reading
A stay at the Bangkok Treehouse hotel, an eco-retreat on Bang Krachao
Locals’ favorite places in Bangkok
Top things to do in Ao Nang and Krabi