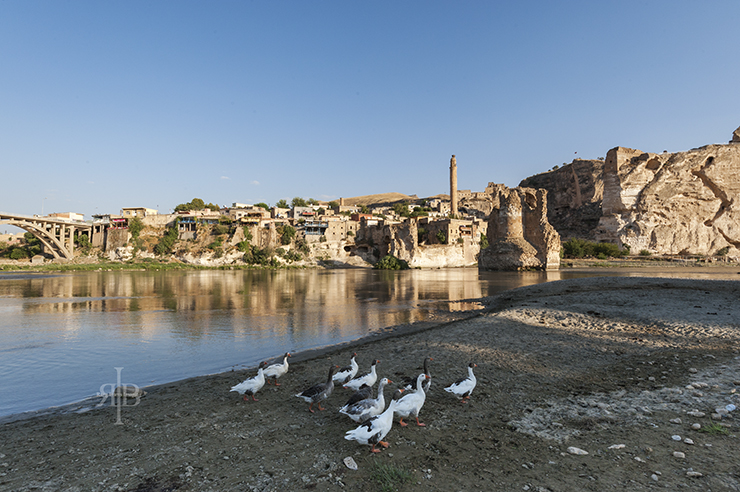 Margherita encountered great hospitality during a couch surfing trip in Turkey. Read about the time she slept under a canopy in Hasankeyf and learn the sad tale of this ancient city.

A couple of years ago, we spent a couple of months couch surfing around Eastern Turkey. It was a totally unplanned trip, where we decided to let random people in each place decide where we should go next. In Diyarbakir, the unofficial capital of Turkish Kurdistan, we stayed with a dude named Hasan, who recommended us to go to a village named Hasankeyf. He showed us a few pictures; a honeycombed sandstone gorge, sheep grazing on the riverbank, the mighty Tigris flowing through. We were instantly sold.

We had no luck securing a couch, and the only hotel was way too expensive for our meager budget. “Don’t worry”, said Hasan. “I have the place for you” He scribbled some directions on the back of a business card, before biding farewell at the bus station.

A couple of hours later, after connecting buses in a town called Batman, we were deposited in Hasankeyf. I followed the directions on the back of the business card and ended up at a restaurant on the banks of the Tigris. We asked if it was ok for us to stay, and the owner took us to a row of low tables surrounded by cushions under a canopy, right on the bank of the Tigris. Where is the room? I asked. It’s here, they pointed. You can sleep under the canopy, for free. Just have dinner here.

We sat, ordered a glass of cherry juice, and just looked at the landscape for a while. Children swam in the river, challenging each other to cross to the other side as quickly as possible. The river flew, muddy-green, hemmed in by a golden rock face. I could not believe how lucky we were. I was sure that was going to be a night to remember.

We spent the rest of the day visiting the village. We wandered around ruined mosques, a hilltop castle, the narrow streets of the citadel. We strolled on the riverbanks, played with children and chased waddling geese. In the evening, the sun dipped slowly towards the west, painting the sandstone and the village in an apricot and golden hue.

Back at the restaurant, we learnt the sad tale of Hasankeyf. For two decades now, the village has been about to be flooded by the waters of the Ilisu Dam, Turkey’s largest hydroelectric project. Projects are made, then postponed after budget cuts and international outrage. The dam is meant to be completed later this year, creating a 70 meter deep reservoir. Hasankeyf will end up underwater. The minaret might just be able to poke through, some say.

That night, after a dinner at our own little canopy, we fell asleep on the cushions. It was a full moon night; stars shone above us, the Tigris lulled us to sleep with the sound of its flowing waters. A gentle breeze blew. I had never been so comfortable.

I was impressed by Margherita’s sad tale of Hasankeyf and decided to look into it a bit more. A 2014 National Geographic article focusses solely on the new dam in Turkey and the treat of flooding Hasankeys beautiful historical sites. In this article it is described how the people of Hasankeyf understand the need for energy, but that they obviously don’t want to lose their city, their houses and its historical sides. The government promises new houses on the hillside (at a price most villagers can’t pay) and moving of the monuments. However, it looks like the vast majority of monuments will be flooded. Read more about Hasankeyf and the ongoing treat on Hasankeyf Matters 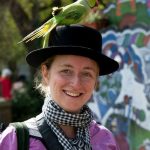 Margherita Ragg is an animal-loving, coffee-drinking travel writer, founder of The Crowded Planet, a blog about adventure travel on a budget. At the moment she is based in Milan, Italy; then we’ll see. When she’s not traveling, you can find her playing with her cat Tappo or exploring the Italian Alps. You can also find her on Twitter.

Read the other articles in our Sleep Less, Dream More series! 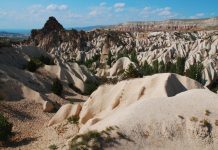 The Ultimate Guide to Backpacking Turkey