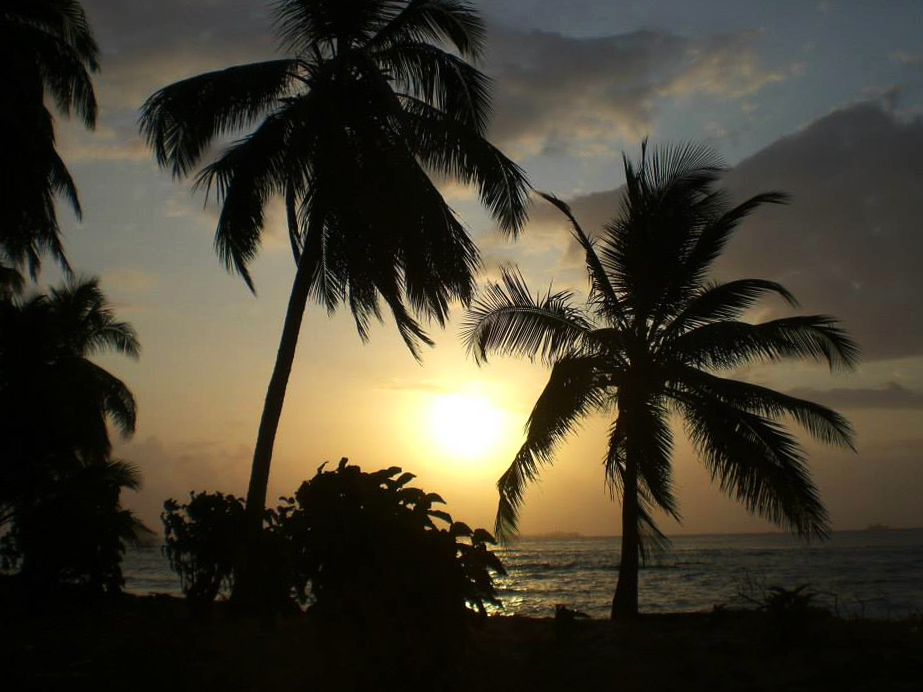 Claudia Tavani was Panama-bound and decided to take a sailing boat. This way she wouldn’t miss the beautiful San Blas islands. However, she never expected to spend (a sort of) illegal and lonely night on a beach in San Blas. Read her story here.

I hadn’t given it too much thought. I was on a 6 months trip through Latin America and I had to get from Panama to Colombia. I could go for the easy, conventional (and even cheaper) way – taking a flight. Or I could sail there. Flying was not an option after I had read about the marvels of the San Blas islands, even less so since I knew about the existence of an indigenous community that lived on the archipelago – the Kuna Yala, who had struggled to protect their culture and identity throughout the centuries.

All I had to do was finding a suitable boat that would leave soon enough from Panama and that would not entirely blow my carefully planned budget. Ian and his boat seemed the perfect match: he was leaving in just 2 days and it was considerably cheaper than other boats. This was going to be my very first sailing cruise, and excitement overshadowed the worries about getting tremendously seasick. I thought I was going to be ok, possibly get a little bit sick but those motion sickness tablets I had bought in town would surely help. Besides, did they not say that after a while you get used to that rocking and get to enjoy it? Anyways, I was going to San Blas, so who cared!

Little did I know about what was going to happen when I set foot on board. 10 passengers and a cat made a 12 meters boat very crowded. Yes, I had been given the information about the boat dimensions before, but it was kind of difficult to actually picture it. I was not too bothered. After all we were going to spend most of our days on the many islands of San Blas, grilling lobster, playing music, telling stories, watching the stars and, most importantly, jumping in the water.

However, my happiness turned quickly into a “get me out of here” mood when we got off Portobelo bay to enter the Atlantic high waters. Even though I had started swallowing motion sickness pills, they hardly brought any relief to my extreme nausea. When after what seemed like an eternity Ian announced that we were about 1/3 of the way to Isla Porvenir (our first stop in San Blas), I started worrying. I was never going to make it! Everything seemed to bother me. I could not turn my head to face the rest of the crew or I would get more sick. The smell of sun block made me feel more sick. The smell of the food the others were happily sharing made me even more sick. Let alone having to suck up my pride and pee in the hole of the helm as everything was shaking inside and going to the toilet was not an option!

Twelve hours of sailing took us to Isla Porvenir where it was pitch dark. I announced there and then that I wanted to get off. Immediately. Ian said there were two hostels on the island (where no more than 3 families in total lived) and put the dingy in the water, loaded my stuff, and took me to land. Those 5 minutes were possibly the cherry on the cake of that terrible day: a small dingy, waves, water getting in, Ian rowing in the dark, illuminated by flashlight. I was terrified. But I was going to be safe soon.

Getting on the island, we walked to one of the hostels. The guard at the entrance announced that there was no vacancy. He took us to the chief of the island. Despite our best efforts to explain to him (in Spanish) that this was an emergency and I needed to sleep on land, he was really unwelcoming and accused us of breaking whatever Kuna Yala rules we had not heard of before. He then abruptly sent us to the other hostel, which was also full. Then, Ian remembered that he had some tents. I could sleep on the beach. Sure, even that was forbidden by the Kuna Yala laws. After much begging I was finally granted permission to sleep under some palm trees, at the beach. We pitched the tent using only a flashlight as illumination, and Ian quickly said good night as soon as we were done.

Without eating, without having washed at all, I moved my stuff inside the tent (rain would seem a remote possibility but you never know!), and despite being really uncomfortable, I fell asleep soon afterwards. What else could happen? Well, soon after, I was woken up by torrential rain, so strong that it started leaking in the tent. But this was not going to stop me from resting. However, the sunrise did! And that was possibly the most amazing sunrise I ever experienced: I was alive, I was not seasick anymore, and I was in San Blas, all alone on a tiny beach while the rest of the island still slept. Soon enough I met the old Kuna Yala lady who actually ran the hostel and she confirmed that there was a room available for me. Finally, I could fully relax and enjoy San Blas!

Claudia’s story made me curious and I decided to look a bit more into the San Blas islands of Panama. There are almost 400 San Blas islands of which about 50 are inhabited by the native people ‘the Kuna’s. The islands are the most beautiful within Panama and probably in Central America. There are white sand beaches, palm trees and some small lodges. On the islands you can go sunbathing, visit the Kuna villages or go snorkelling. More useful info can be found here: San Blas islands 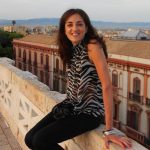 Besides being an Italian human rights lawyer, animal lover and academic, Claudia  Tavani is more than anything a traveller who craves to see the world. On November 2013 she decided that it was time to live and embarked on a 6 months trip through Central and South America.  This trip changed her life and gave her the final input to live as a writing nomad. Her mission is to let people dream through her travels, providing guidance and inspiration to other backpackers. You can follow her adventures on My Adventures Across the World.