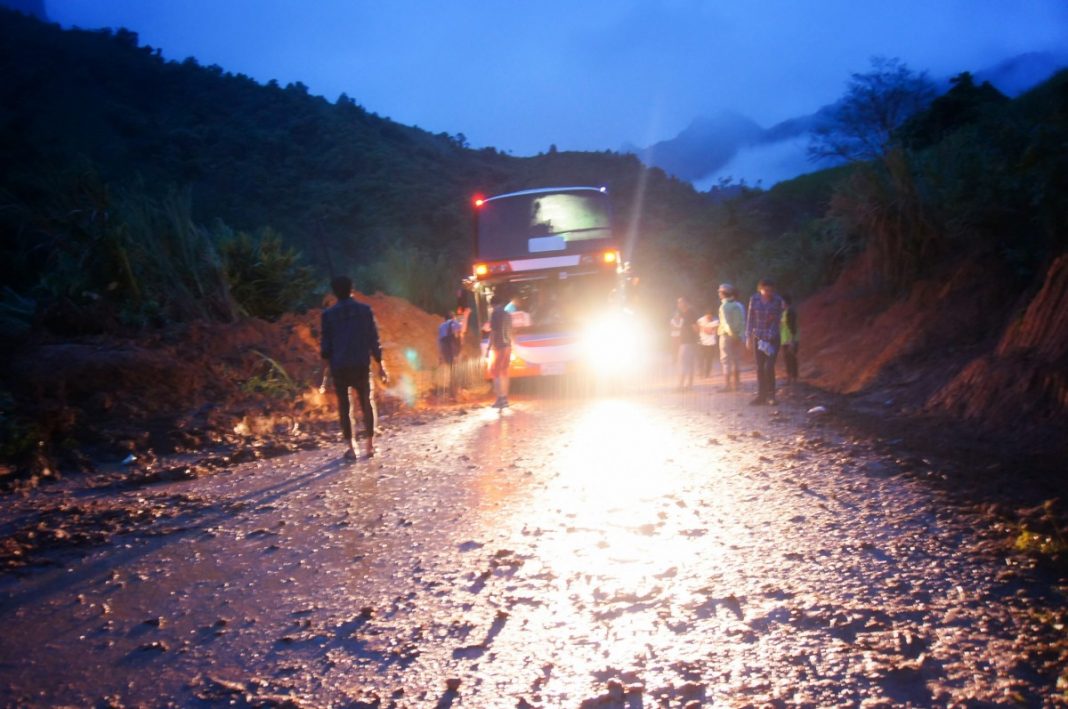 It didn’t take long to come to the understanding that taking a long-distance bus in Laos meant one thing conclusively. You were going to be late. Several hours or even half a day behind schedule seemed the norm amongst the other travellers who wearily stumbled into our dorm room in Luang Prabang, having spent far longer than one ever hopes to stay in a confined space.

Written by Jessica and Hai.

On the way to Luang Prabang, it had been landslides and fallen trees from heavy rainfall, and a bus blocking our way after getting stuck on the muddy road caused by said landslide that had left us stranded in the dark for six hours.

As the evening progressed, more and more buses joined the queue behind us, riding out the storm and hoping that the buses continuing to come were paying close enough attention not to ram up the back of us all as they made the overnight journey through the windy mountain roads.

With this in mind, when it came to the return journey to Vientiane, we opted to pay the extra for the “VIP” sleeper bus. We weren’t expecting much, but at least we’d probably have a bit more room to stretch out.

It was already pitch black outside as we waited for the bus to arrive. The scheduled departure time came and went, as did several other buses, none of which were ours. Others were waiting too and the reality of yet another elongated travel night was setting in.

When the bus finally arrived, a different mood quickly came over the group of tired backpackers. Out came cameras and any device that could capture a snap. The outside of the bus was a bold magenta pink, which may not have been so captivating had we not been able to see part of the décor inside.

We all doubled checked our tickets with the baggage handler more than once. Was this really our bus? Through the windows we could see the pink compartments and the gold curtains. It was like some kind of dream bedroom for a five-year-old girl. “It’s a princess bus!” we announced.

As we got on the bus, the amazement and chuckles from the foreigners onboard continued. Requests for assistance with taking photos from across the aisle abounded. It was only once we were on the bus proper that we could see the full extent of the interesting interior decorating.

Here’s what we saw.

Yep, pink cladding and gold curtains complete with teddy bear sheets! And you see how there are two pillows on that single mattress? Yeah, that’s for two people! It’s all well and good for couples, but what about all the solo travellers and those travelling with someone they might not want to get so close to?

Adding to the awkwardness was this wording on the bed sheets.

The most memorable part of the journey was the three male friends who were backpacking together and happened to be in the booths right by us. As a group of three on a full bus, one of them had to share with a stranger. This stranger happened to be a tiny Laotian lady of a mature age. He happened to be a tall, young Dutchman.

We’ll never forget the image of him trying so hard to contort his body so as not to touch her but to also attain some level of comfort in that tiny cramped space. His efforts to smother his snorted chuckles as he twisted this way and that failed as the realization of one of the most bizarre travel situations set in and all of us (bar the woman) burst out laughing. With the old woman curled up on her side by the aisle, he ended up having to basically spoon her all night.

Our advice? Try to get on it just for kicks. But maybe bring along someone you don’t mind cuddling up to. 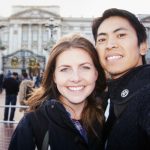 Jessica and Hai are an Aussie couple, world explorers & digital nomads travelling the globe indefinitely. Their blog Notes of Nomads was awarded ‘Best Writing of a Weblog’ in the 2014 Bloggies Awards and is where you can find their writing and photography from 45 countries and counting. Watch their weekly travel videos over on their YouTube channel.

In Southeast Asia the sleeping area is indeed often very small! It’s best to ask for single sleeper! Have you ever spooned on a bus ;)?

Recommended reading
Costs of 3 months of travel in Southeast Asia