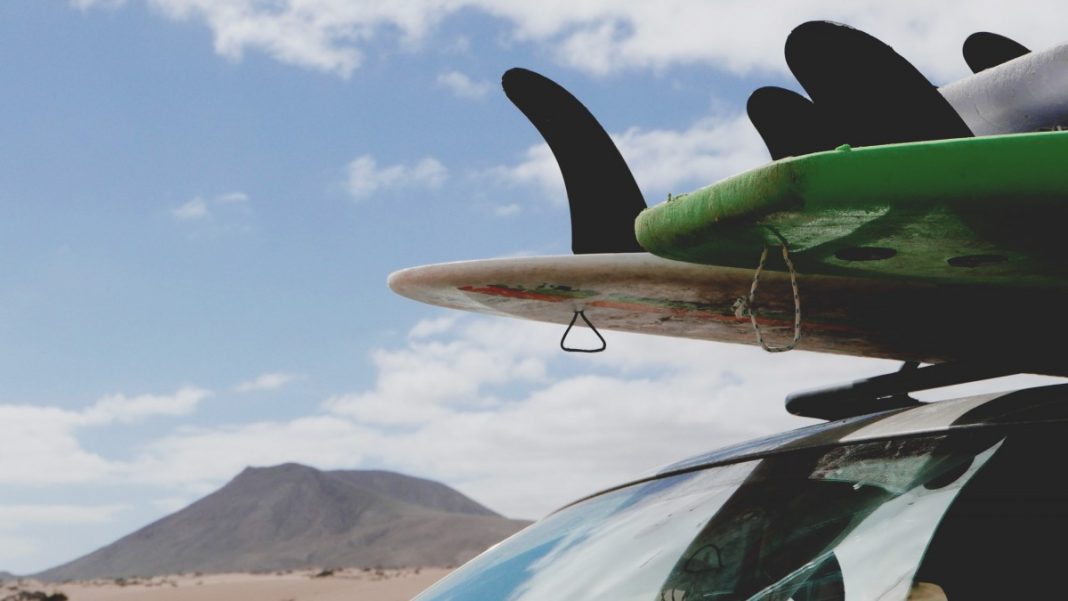 A few months ago I received an invitation of Planet Surf for a surf camp in Fuerteventura. Unfortunately, I wasn’t able to go, due to ‘BoB’s Epic Adventure‘. Therefore, my friend Bruce went instead. Get an idea of an average week at a Fuerteventura surf camp by reading about his experiences in this day-to-day report.

Day 00 – Getting to Planet Surf camp in Corralejo

Let’s call it day zero, since this is the day I traveled to my destination. Planet Surf Camps had invited us to join them for a week. Their surf house is located in Corralejo, which is on the northern tip of Fuerteventura.

In real backpacking style I took the local bus to Corralejo. The bus drivers weren’t very friendly, but luckily the description provided by the people of Planet Surf was sufficient to get myself on the right bus. A local bus is the cheapest option to get to Corralejo and is about 6 euros for a one-way trip.

Upon arrival, I was welcomed by the surf camp hosts. They explained how everything works in the camp. The house is dorm style, so you share a room with other people. Dinner and breakfast have to be arranged by yourself. It felt a bit like a student house, which is good for low-budget backpacking surf trip.

Day 01 – First day of surfing at the Fuertaventura surf camp

First day of surfing. I decided to join the beginners group in order to get an impression of the instructors. They were all very friendly and gave a good explanation of the basic surf principles. This first day we went to a beach break near the capital of Fuerteventura, Puerto del Rosario.

I hit the water and paddled out to catch my first waves in Fuerteventura. Since I was surfing in the line-up, I practiced by myself. After a while the surf teacher, Marco gave me some tips and advice on catching faster waves, which was really useful.

In the afternoon I went for my second session with the intermediate group. We went surfing in Corralejo at a reef spot called Rocky Point. Surfing at a reef spot has to be done with caution and I had forgotten my reef boots. Although the reefs were a bit painful, the surf was nice and the waves were perfect.

After some good surf sessions you are really hungry and luckily, there was a BBQ in the evening! So, at night we had a fun BBQ dinner together

Today I woke up a bit later and I only went surfing with the intermediate group. The waves were a bit more difficult as there was much more wind.

In the evening we went to town with a big group to eat burgers at a place called Single Fin. They had great burgers and fries, so definitely go there when you are hungry. Also, the complimentary shots, local honey rum, were a nice treat.

For the surf, we went to Playa Morro, a beach break. It was kind of heavy to get out. Waves were breaking fast and closing out most of the time.

After we got back, we decided to go to Rocky Point ourselves and this session we had some better waves.

In the evening we went out for an amazing tapas dinner with garlic beef, octopus, different kind of croquettes and patatas. After that, we went exploring the nightlife in Corralejo starting with a live band at the Tequila Bar, dancing at the rooftop bar Bananas and after hour dancing in Waikiki.

In the weekend there are no surf lessons. But after a night of drinking and dancing, you won’t mind to get some rest. We decided to take it easy and had some coffee at a reggae themed coffeeshop.

At night, we decided to go out again. However before we hit town, we held a beer pong game, in traditional student dorm fashion.

On this lazy Sunday, I tried to get some surf at the island Lobos near Corralejo. Because I didn’t wanted to walk all the way with the surf board to the docks, I decided to rent a board in town. This was a bad idea since Spanish people have their siesta. There was nowhere I could rent a board. I was a bit bummed out, but I got to watch a soccer game from home at a Dutch pub. Unfortunately, my team lost miserably.

Then, just before sunset, my roommates had the great idea to walk up to the volcano, just out of town. So without hesitation, we went hiking for the volcano to see the sunset.

When walking to the volcano and ascending it, you get more grasp on the beauty of Fuerteventura. Most of the place is just dry, with little to no vegetation. But on the volcano, surrounded by the ocean, Fuertaventura is truly a magnificent sight. Also as we were ascending the volcano, the wind began to was really strong and you immediately know where the island got its name from.

The wind was getting stronger this day, which was not so good for surfing: the waves are flat or a mess.

For beginners, the conditions were however perfect and I decided to check out the beginners class before getting into the water myself.

Day 07 – Final day of the surf camp of Planet Surf!

Since the surf lessons were early and they were going to surf near the airport I rushed with them last minute. To catch my last surf and get my plane in the afternoon.

Marco, the head teacher, was kind enough to bring me to the airport after the lessons. I hopped on the plane, with the salt of the water still in my ear and the sand of the beach in my shoes. Back to the cold weather of Netherlands!

Heaps thanks to Planet Surf for this fun week! 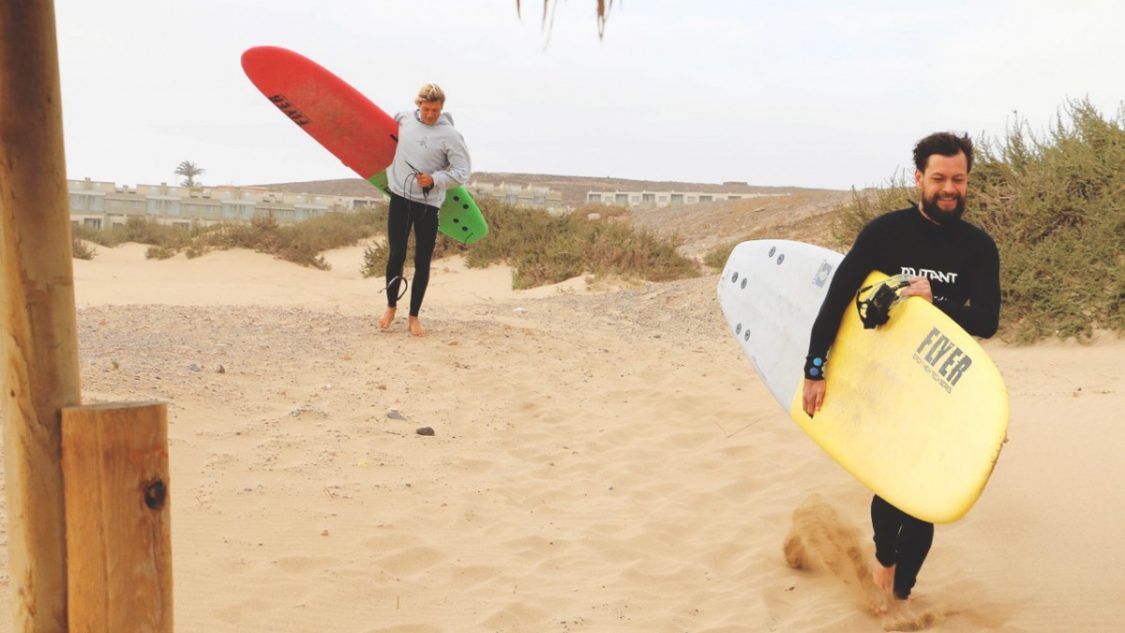