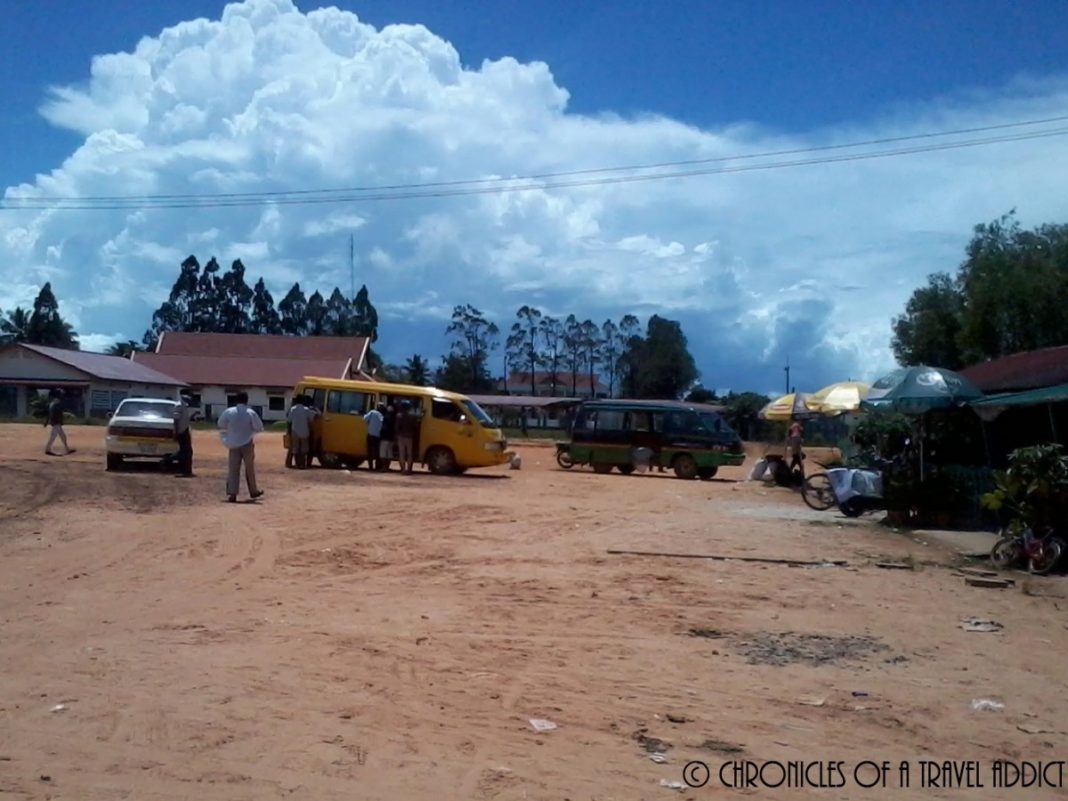 It was past midnight, and two of my newly-found travel buddies and I climbed out of the bus, stretching our legs waddling to our hostel. After almost 24 hours of motorbikes, taxis, buses, a whole lot of waiting, and very little food, I was relieved to finally have arrived somewhere.

The whole problem was that I was in Sihanoukville- a beach town in the south of Cambodia- instead of Siem Reap- the base for exploring the ruins of Angkor Wat. I was on the opposite side of the fucking country. The Thai man I bought my ticket from in Trat had sworn to me that I was going to Siem Reap. And beings that my Thai was extremely limited, I took his word for it.

This was one of those travel moments when my patience was majorly challenged. I was teaching English in Trat, Thailand at the time, and I only had five days to explore these ancient ruins that I never expected I’d be able to see. This was Cambodia! And by some serendipitous turn of fate, I was there. What worried me the most was that I’d traveled all that way and would have to return to Trat without seeing Angkor Wat.

There were no buses leaving until 6am, and I was stuck. Centering myself, I accepted that I would have to stay the night in Sihanoukville. I brought my journal with me to the bar, forced a smile on my face, and ordered a whiskey and coke. I decided to make the most of my time there, and decided that this was an unexpected opportunity to see more of Cambodia.

The next morning, I walked out of the hostel, bag packed for the beach, and walked into the first legit-looking booth selling tickets to Siem Reap. I sat down with the lady, who showed me my two options: on one laminated paper was the regular overnight bus, and on the other was a “luxury” hotel bus with real beds. The latter was $5 USD more than the regular bus, but I figured with all that I’d gone through, I deserved a little luxury.

I spent the day enjoying the beaches, checking out the golden lion sculptures, partaking in happy hour, and talking to the locals. When 5:30pm finally came around, I was so grateful to see my luxury hotel bus roll up to the hostel. I bid my travel friends adieu, and happily scurried over to the bus. After throwing my backpack in the storage, I walked up the steps and took in the scenery. So this is what a hotel bus looked like. Every bed had pillows, blankets, a small TV, and curtains for privacy. This was amazing!

Looking down at my ticket, I found the number for my bed, and soon realized that this was not what I was expecting. There was another number right next to mine- for the same bed. Shit. I had been duped again. I would have to spend the night in a three-foot-wide-sorry-excuse-for-a-bed next to a total stranger. I had really outdone myself this time.

Fortunately, two British backpackers bunked across the way from me. One had broken ribs due to a tuk tuk accident, and was hopped up on a cocktail of pain medication. The coherent traveler- Steven- and I started talking about our journeys, easing my nervousness tremendously. Minutes later, an older Greek man popped up in my face, saying that he was to sleep next to me. I cringed inside, asking, “Can I see your ticket?” His number was way off, and I told him that he was mistaken. “This is my bed,” he retorted in a heavy accent, “but I’d rather sleep by myself. Let’s hope more people don’t come on board.”

As he walked away, I breathed for the first time in about four minutes. I continued my conversation with Steven, and every twenty minutes or so the creepy Greek man came by to check on “his” bed and ask me questions. “Do you speak Spanish?” “Have you been to Greece?” “Why are you traveling alone?” “When do you plan on going to Europe?”

After an eternity of worrying I’d be felt up during the middle of the night by an overly persistent and unattractive old man, an Australian backpacker named Katie came onto the bus and claimed her seat next to me. Finally, I could get some decent rest. I crawled up into as much as a ball as I could, closed my eyes, and hoped that Siem Reap was actually our final destination. 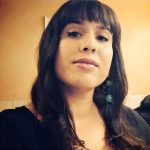 Cristina Luisa is a travel writer, aspiring photographer, and human/animal rights’ advocate. A native of the Bay Area, California, she possesses a B.A. in American Literature and Culture and an M.A. in Latin American Studies. So far, her solo, budget adventures have led her to teach, volunteer, and travel extensively through Latin America and Asia. Currently, Cristina leads Portland Travel Massive while working on her first travel memoir and planning her next trip. You can read more about her travel addiction on Chronicles of a Travel Addict of follow her on Facebook.