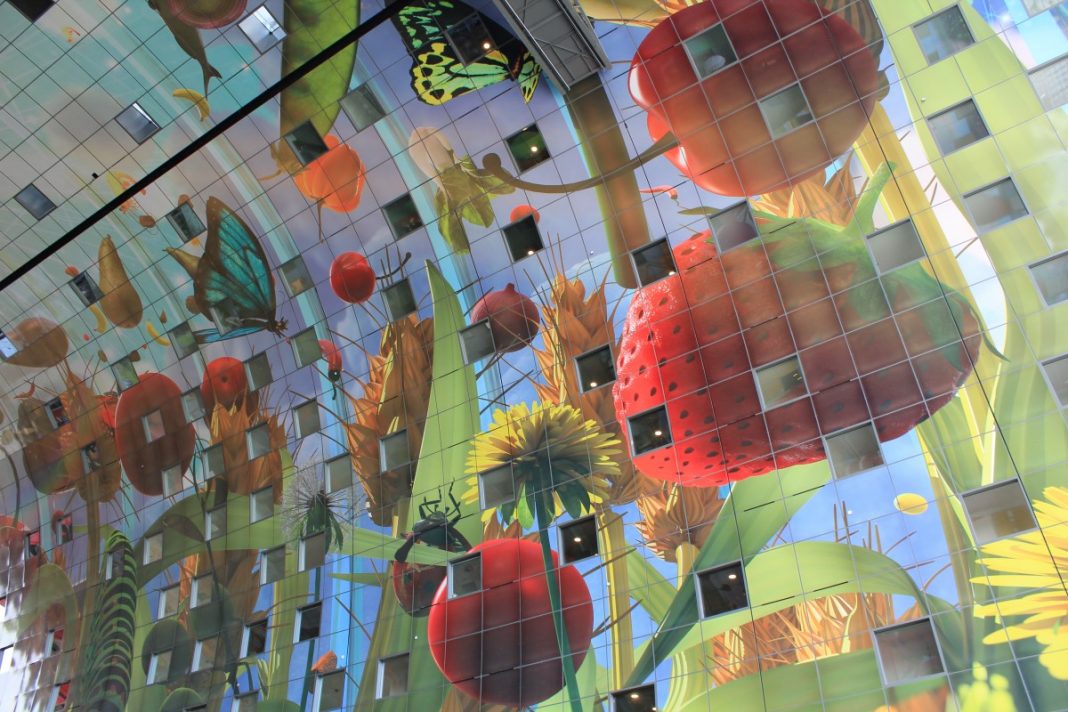 “Of course I know Rotterdam…!” I grew up near Rotterdam and I’ve been living in Rotterdam since I was eighteen. It’s safe to say I know the city pretty well. At least… that’s what I thought until I tried the new Rotterdam Routes App.

This article is part of the In BoB’s Spotlight series in which we shine the spotlight on an accommodation, restaurant, event, person, brand etc. This time the spotlight is on an app: the Rotterdam Routes app.

What is the Rotterdam Routes app?

The Rotterdam Routes app was launched in September this year. With the Rotterdam Routes app five locals take you on a walking tour through Rotterdam and show you their beloved city. Each guide takes you past personal favorites, hidden gems and well-known highlights. Although I reckoned the app was designed for people from outside Rotterdam, it turned out to be also great fun for a local like me :) (but more about that later).

So, which routes are there?

There are five different routes, each with a different focus and speciality. You can start at any point of each route. After you open the app, you can pick a route and the app will guide you to the nearest point within that route. Each routes takes about 1-1,5 hours and guides you past 15-20 sights. With each sight comes a short story about the background.

At June 20th 2015 a new route will be added to the collection with all of the favorite spots by our mayor Aboutaleb! 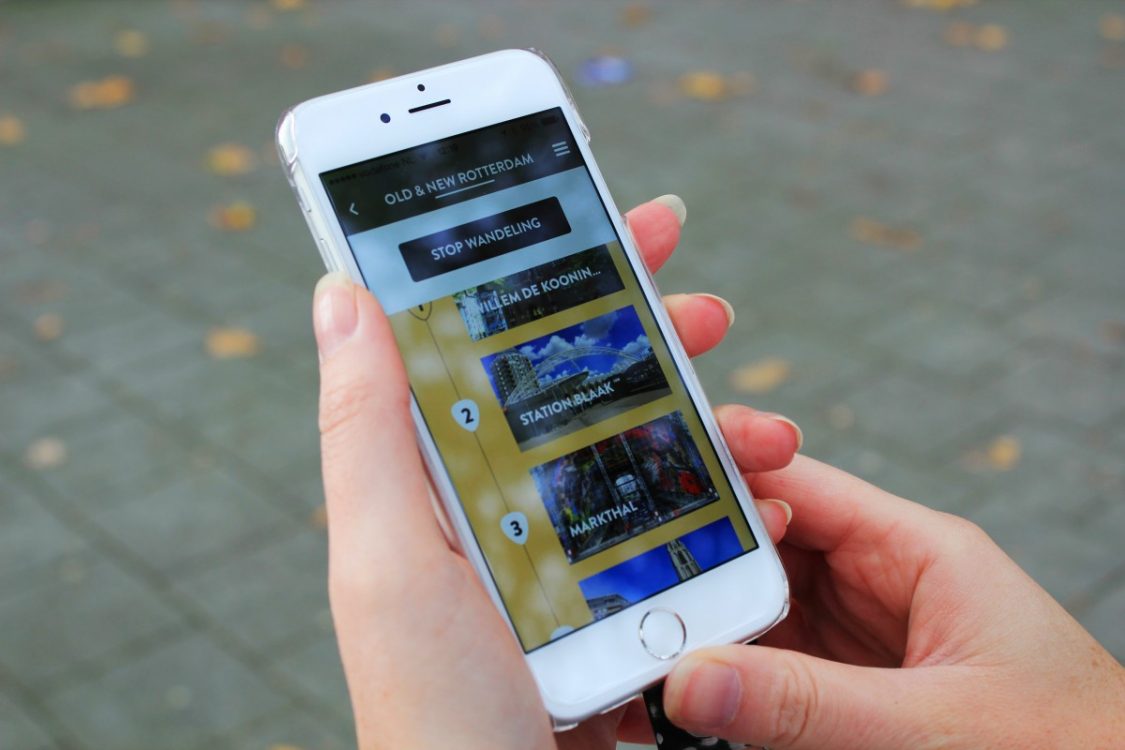 Exploring Rotterdam with the Rotterdam Routes app was fun! I went together with a friend (who is also from Rotterdam) and we decided to go for the ‘Old & New Rotterdam’ tour led by Hasna El Maroudi. We started the route at the Willem de Kooning academy, and after that Hasna took us past both well-known highlights (such as the famous Markthal & Laurenskerk), but also past sights that are easily overlooked such as the ‘Venetië Passage’ and the ‘Blaak Station’.

The ‘Blaak Station’ is actually very close to my apartment building (a 2-minute walk). Although I’ve seen the Blaak Station a hundred times, I now realized I’ve never really ‘seen it‘. I only used the Blaak Station to get from A to B. However, during the walking tour Hasna told us more about its background. The Blaak Station was built on the location of the ancient City Wall and parts of that wall can still be seen in the current station. Furthermore, she told us that the shape of the Blaak Station resembles a bit of a sunflower or a kettle. And it indeed does! Besides sights, Hasna also showed us some good places to shop and lunch such as the Pannekoekstraat, one my favorite streets in Rotterdam. Make sure to stop there for the best Korean food in the Netherlands (Gamasot) or to have a delicious sandwich at ‘Zoet & Zout’.

So yes, exploring Rotterdam with the app was surprisingly fun! I really enjoyed learning more about the history of some of the Rotterdam buildings and to discover some new cool and authentic spots. Me and my friend already planned a new date to walk another route.

Book your Rotterdam hotel now through Hostelworld.com or Booking.com!

On a side note: Why should you visit Rotterdam?

I love Rotterdam. Always have, always will. And at the moment we’ve got loads of great stuff going on. For example, last week the ‘Markthal Rotterdam’ opened her doors. This indoor market houses not only many shops, but also one of the largest artworks in the world. Also, the nhow hotel by Rem Koolhaas just opened with an amazing lounge bar offering great views over the city. Every weekend there is an event or a festival in the city. Pop-up shops and cafes pop-up everywhere. We’ve got some of the best museums in the Netherlands such as the Kunsthal and the Boijmans van Beuningen. And next year we will even get our own city centre ‘wave pool’ called ‘Rif 010’ boasting a 1.5 m wave for all kind of water sports. Anyway, loads of great stuff and therefore loads of reasons to visit Rotterdam ;) 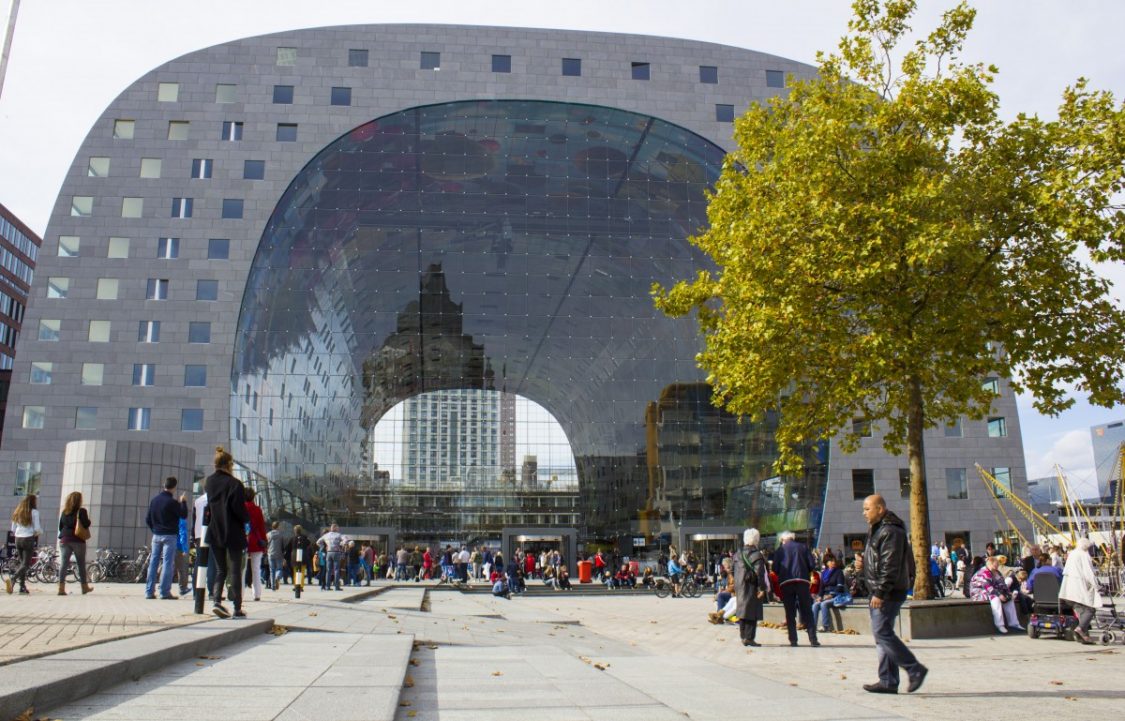 Points for improvement for Rotterdam Routes

Info about the Rotterdam Routes app

Bunch of Backpackers is in now way connected to Rotterdam Routes, nor did it receive any reward for mentioning the app.